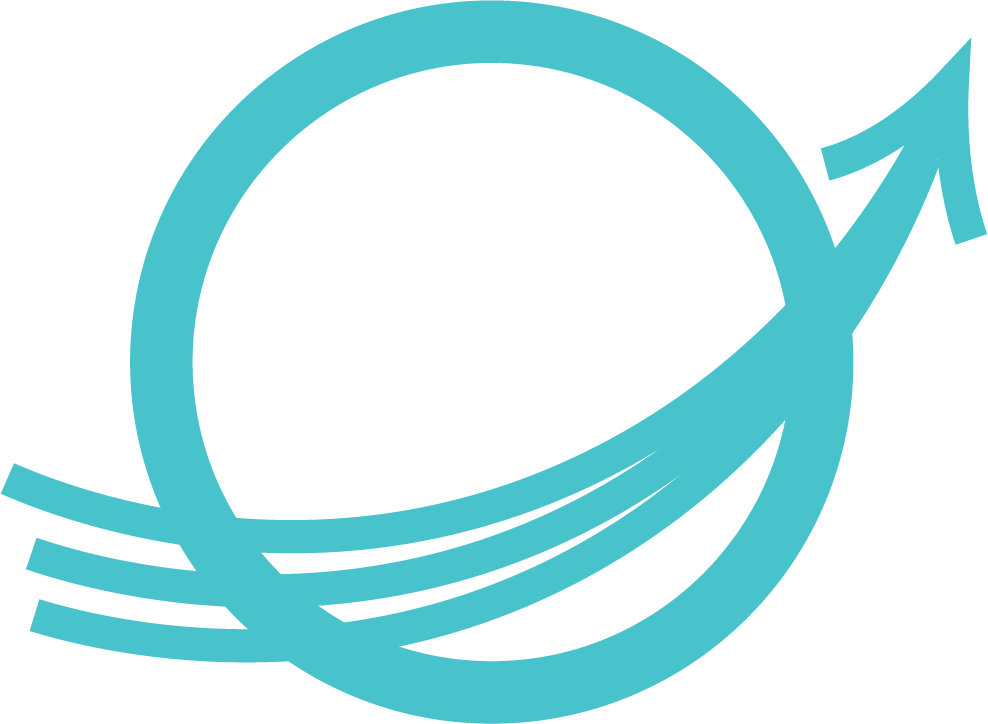 ***
Homebrew items and rules for use with the Cyberpunk RED System. 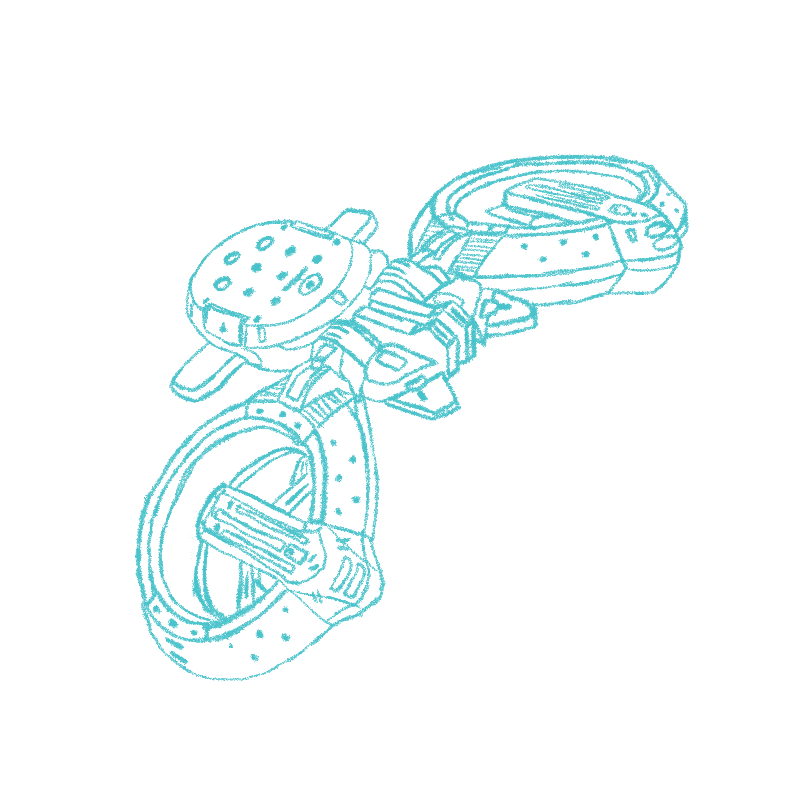 The Expanded Drones Resource provides expanded homebrew rule systems for Drones in the Cyberpunk Red game. This article provides explanations and details for those optional systems.

I DO NOT WANT TO USE THESE SYSTEMS

As always, optional systems like this are not everyone’s cup of tea.

This system adds complexity, but is based on the foundation established in the Core Rulebook, on p.213. All Drones in the NetShop come with a Description, Type, and Data, which is based on the official rules.

If you do not want to adopt these systems, simply ignore all descriptions beyond these.

In addition to types and stats, each drone has a category. This category is used to determine how the drone acts, how it behaves and where it can operate.

Drones can be NETWORK DRONES, STATION DRONES and AI DRONES.

A Network Drone must stay in the area around their NET Architecture. Generally, a network drone will stay inside, but it can move a few dozen meters outside of the area that it is defending.

In general, Network Drones are the best of both world: they do not require to be directly controlled by a human to be effective and they can use their equipment very well. However, since they cannot leave their Architecture, they are purely a defensive tool.
TO SEE GENERIC DRONES IN THIS CATEGORY, GO TO P.213 IN THE CYBERPUNK RED CORE RULEBOOK.

TO KNOW THE COSTS OF INSTALLING DRONES IN THIS CATEGORY TO A NETWORK, GO TO P.218 IN THE CYBERPUNK RED CORE RULEBOOK. 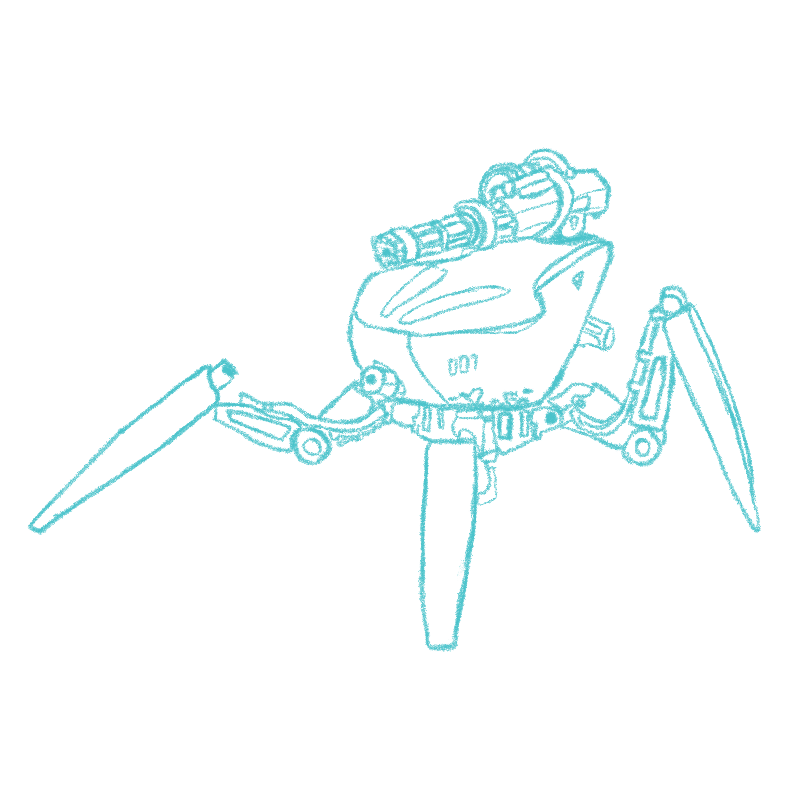 Station drones are drones that need to be directly controlled by a person through a Station.

All Station Drones must be connected to a Station to be deployed (connecting a drone to a station can be done manually without needing a Skill Check). Any character can use their Action while next to a station to take control of the drone.

Station Drones and Stations have a level. This represents the drone’s complexity. A Station can only be paired with a Station Drone of equal level or lower. The Station lvel determines the maximum range of the paired drone.

A level 1 Station Drone (which is similar in complexity to a modern civilian drone), can be controlled with a level 1 station, while a level 2 drone (which can take the form of a spider walking drone with weapons) is much more complex and can only be controlled by a level 2 station.

A LEVEL 1 STATION usually takes the form of a concealable tool, that is easy to carry and use. Level 1 stations have a range of 100 meters.

A LEVEL 2 STATION usually takes the form of a “portable” computer terminal with arrays and more complex controls. Level 2 stations have a range of 1 mile.

A LEVEL 3 STATION usually takes the form of fixed and non-portable high-power computers. Level 3 stations have a range of several hundred miles.

Some pieces of cyberware can be used to control Station Drones.

A LEVEL 1 STATION DRONE usually takes the form of… well, toys. Level 1 station drones can move, fly and operate a camera, for example, but even a weapon is too complex for this type of drone (although a Tech might be able to make it work).

A LEVEL 2 STATION DRONE usually takes the form of “portable” complex drones. These drones can be armed and have intricate movement mechanisms (jumping, climbing on walls, etc.).

A LEVEL 3 STATION DRONE usually takes the form of military or corporate equipment with advanced targeting systems and weaponry. Mechs, drone tanks, ballistic missile-equipped flying drones., for example, are level 3 drones. Many level 3 station drones cost hundreds of thousands, if not millions, of eurodollars to purchase and set up.

In general, Station Drones are most useful when you have the manpower to operate them: they are not locked down to a specific location and can achieve their objectives easily, but each one needs to be controlled by a person directly.

Artificial Intelligence Drones are self-sufficient drones which take decisions independently from humans by using onboard computing power and algorithms. These AI Drones are not truly intelligent: like Network drones, they act based on the software and protocols that they have installed.

In general, AI Drones are the most hands-off drone. They are clumsy, awkward and a bit slow, but still relatively efficient at getting the job done. They are not locked down to a location and can be deployed anywhere, but, with their limited computing power, they cannot do everything typical drones can.

When deployed, AI Drones roll Skill Checks on their own, using their “AI Base Skill”. For example, a Personal Assistant Air Drone attempting to fire its onboard weapon will roll 1d10+5 to try to hit.

AI Drones cannot attempt any INT, EMP, COOL or TECH Skill Check unless they have a Protocol that allows them to do so.

AI Drones have "Protocols", which take the form of complex tasks they can accomplish. Each AI Drone has "Protocol Slots", which represents the number of Protocols they can have installed.

All AI Drones have a Protocol to understand and follow simple orders such as “Shoot this!” “Go there!” Grab this!” AI Drones use voice recognition algorithms to identify the person ordering them around, and it will only respond to orders from their controllers or people their controllers have approved. This Protocol is universal and does not count towards the number of Protocol Slots a drone has installed.

Delivering happiness... for the right price! 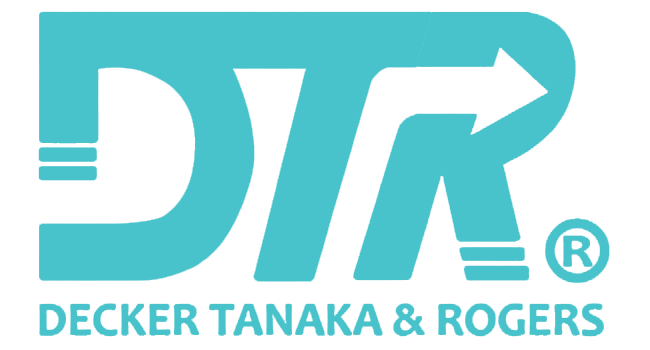 Issues with received products are to be reported to local authorities and not to DTR. DTR will never provide data, support or assistance to authorities in cases of fraud, order errors or misleading marketing encountered on its platforms.