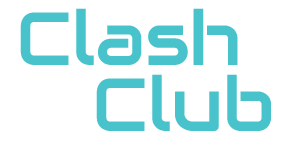 Why use this stat block format for Cyberpunk RED?

My reasoning and design decisions

Starting off, the reason why is, I feel, kind of obvious to any referees who have run Cyberpunk 2020 or Cyberpunk Red.

A complete character sheet which follows the rules of the system (and the NPC statblocks as they are in RED) provide a lot of information, but they don’t provide it well.

The thing that I ended up noticing is that, well, I never end up using them. I read them quickly, make mental notes of like three things on it (mostly HP, weapon, SP) and then end up running the encounter without actually looking at the Stat Block.

This isn’t to flex my (clearly!) amazing memory, but rather, to point out how the Stat Blocks from the sourcebook are too complex for actual play, at least for me. Especially in combat encounters, the stat blocks end up being thrown to the side, as I end up just writing some of the key stats I need for the encounter, without even looking at the block.

I wanted to fix this for myself, so I figured the best way to do It was to figure out a solution for myself.

Stealing design from an unknown game.

Have you guys heard of Dungeons and Dragons 5th edition? A bit of an underrated gem tbh. We’re going to look at their monster stat blocks, see what’s up.

Ok yeah, I hear the angry people coming already. I want to explain why I feel like stealing from DnD 5e design… again.

Well, one thing DnD has that Cyberpunk RED doesn’t is A LOT of user-friendly design. 5e was meant to be everyone’s first TTRPG and I think it’s important to look at how they choose to layout information in a way that people who have never played RPGs before – and veterans alike – can understand.

What I personally like about it is that it's just... more readable. The monster's stat are clearly divided into sections.

You can easily know the monster’s stats, its important rolls (Saving throws, relevant skills, etc.), and, more importantly for our purposes, a list of relevant abilities AND a list of Actions it can do in combat.

Now, these monster stat blocks aren’t perfect (in my opinion, they also suffer from being too dense for most situations) BUT, what we can learn from it is this:

How do we bring these lessons into RED?

First, I want to point out why some of DnD’s design decision shouldn’t, or can’t, be transferred over to Cyberpunk Red.

For one, “Monster Abilities” are fun, but are a concept that is a lot less versatile in the magic-less RED setting. Your players are fighting humans, after all. You as a referee, can’t really say “oh yeah these dudes get +2 to hit when next to each other”. I mean, you can, but Cyberpunk Red’s setting and rules are a lot less gamey, there are no levels, no classes, and no “powers”. So, if enemies can do something, your players will reason that they also should be able to get it.

Also, not having magic means that it’s trickier to handwave how something cool works. There’s a lot less lee way in terms of ludonarrative dissonance in Cyberpunk Red, I find.

The thing with RED is also that characters are a lot more granular. In DnD 5e, you have “proficiency”, which adds the same bonus to any skill in which you are “proficient”. RED does not have a feature like that, BUT we can “steal” the basic idea of it, for NPCs.

With that being said, here’s how I propose to layout the NPC Stat Block, using DnD 5e as inspiration.

First, a simple enemy NPC, adapted from the book.

Let us break it down.

As you’ll notice, it’s not that much simpler than the normal block, it’s just laid out in a, in my opinion, more readable format. Bullet points, instead of a table, you know? A bit less compact, yeah, but we need this to be readable while retaining complexity.

In the first block, we keep information in the DnD 5e format. We just add the Seriously Wounded and Death Save numbers from the rulebook block.

The STATS and SKILLS sections: Simplifying without overdoing it

Things start to get interesting the STATS and SKILLS sections. I have seen a lot of people organize the CP RED skills under categories, like “Social”, “Combat” and stuff.

I like this way of doing it, but, personally, I prefer “sticking to the rules”, or, more specifically, keeping some of Cyberpunk RED’s granularity in there, rather than throwing it away.

Because the thing with Cyberpunk RED NPCs is that the people you are shooting at are rarely just a goon. By the time you pop them, they might have a name, an appearance, a special other and a family. Keeping some skills, then, are a way to keep NPCs “unique” (even though they aren’t).

The RELEVANT SKILLS section is about all the out-of-combat skills that can be relevant for this NPC. In our bodyguard stat block, I figured that their Perception, driving skill, BODY related skills and Resist Torture skill are the things that this specific NPC might need or is particularly good at, so they are highlighted.

I think 4 lines of skills is the most you should put in this section.

Bonuses in the RELEVANT SKILLS section already add together STAT + SKILL to end up with the bonus.

Then, there is the “Other Skills” section, which allows the DM to go “well, the NPC isn’t that good at this skill, let’s add +1 plus the relevant STAT”.

The section that comes after is basically a list of actions that the referee needs to consider more in a combat situation with this NPC. There, you’ll find their Movement range, the weapons they carry as well as a reminder of all the info you need to use these weapons.

The RELEVANT EQUIPMENT AND CYBERWARE section

Then, we have relevant equipment and cyberware, which the ref should keep in mind in and out of combat. The bodyguard, for example, has a radio to talk to people.

This is relevant, because it reminds the referee that this NPC can (and probably will) scream “AAAAAAAAAH HELP ME!” instead of just dying for their client.

Adding “Abilities” into this Stat Blocks

Now, abilities are a big part of what makes encounters in DnD unique. We don’t have magic, but we can still use the idea of “abilities”

Here are two examples of how two different gang members with “abilities” in their stat blocks could look like.

The Typhons are my rip-off of the Maelstrom for my setting. Basically, I want them to be inhumanly tough, but still manageable for players. They are the most dangerous boostergang in the area, they deal in drugs and stolen cyberware, and I wanted them to have a combat mechanic that comes with that.

The Roller Kings, meanwhile, are also a “boostergang”, but they have a very different logic and culture. They are partygoers and they dress like it’s the 50s. As part of their initiation, the Roller Kings must have a special piece of cyberware installed: implanted rollerblades.

These are, in my mind, how we can reskin abilities for NPCs for the Cyberpunk Red Setting.

In the Action section, we can note down important actions that this NPC can (and probably should) use during comba that are relatively unique to them. Most of these “abilities” are derived from important pieces of equipment. For a boostergang like the Typhons, who constantly use Combat Drugs, we need to know how these Combat Drugs work in an encounter. So, in the Action section, we write down the simplified rules for these drugs, but only the rules that actually matter during a combat encounter.